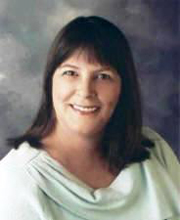 If you know that partner could have bid 4♠  over 2♥  to show that they only wanted to play game in spades then you can infer that partner has a very good hand with spades and that he probably has something in clubs.

He hasn’t bid blackwood – why not? Maybe he has bad diamonds and is worried about a diamond control – probably doesn’t have two small hearts because he might have raised hearts (or taken a chance).