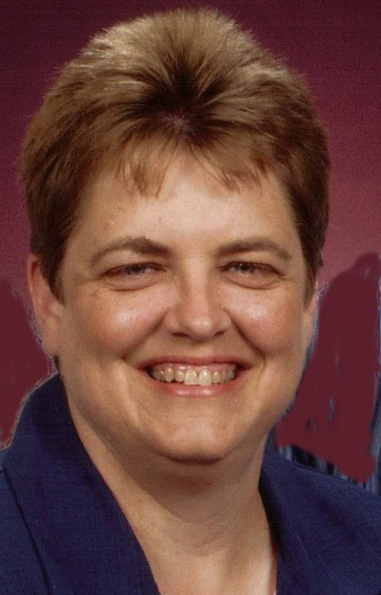 Tell us about yourself. How did you become a teacher?

I didn’t take up bridge teaching as a vocation until late 2001. I had, however, taught four friends, my husband, and my older son and a friend of his to play before then.

I came to bridge early in life by watching my mother and her friends, and later both of my parents, play bridge. I remember finding a way to stay home from school in kindergarten on one particular bridge day so I could watch.

When I was about nine, my mother taught bridge classes at our church as a fundraiser. I would help set up tables and chairs and inevitably somebody would be absent and I’d get to sit in their place and take the class. Over the course of two summers I learned to play and then continued playing in the social bridge group at our church. It was always such fun to see the surprised adults when I beat them at the age of 12!

I continued playing socially throughout high school but when I went away to college I didn’t find very many bridge players on campus and I didn’t have as much time as I was studying engineering. While I was working and raising my two sons, I continued to play bridge with friends when I could fit it in.

Then midway through 2001, a year and a half after my husband’s death, I realized that I was having a difficult time finding anyone to play bridge with and that few young people were playing. In fact, none that I knew of were playing other than my son and his friend. That’s when I found ACBL’s Bridge in the Schools program and joined ACBL. I called my sons’ ASPIRE (Achieving Student Potential In Reaching and Expanding) teacher and asked if she would be interested in my teaching bridge to her students in nine class sessions. She was excited, as she had always wanted to learn the game herself. With the promise of a spring class to teach, I took the Teacher Accreditation Course (TAP) at the fall NABC in Las Vegas.

Over Christmas break that year, I taught my younger son Paul, a seventh grader at the time, to play bridge, running through Audrey Grant’s Club Series book, which I would be teaching from when I started teaching in the schools a couple weeks later. The rest, as they say, is history.

I taught five classes that spring at four different schools in the Lee’s Summit, Missouri School District, with two different ASPIRE teachers. My students competed in the Instant Matchpoint Competition that spring and one pair finished third! I was hooked and so were my teachers. They spread the word for me and I’ve been teaching a full or nearly full course load every year since then.

Once the word got out that I taught kids how to play bridge, I started having adults ask for lessons too, so that side has blossomed as well. I retired from the engineering world at the end of 2006 and haven’t looked back.

I try and get my students to remember this is just a game! It’s a challenging game and one enjoyed more when played well, but it’s still just a game. Games are supposed to be fun!

I try and keep it simple. In my beginning classes the only conventions I teach are Stayman and Blackwood. Gerber gets a passing mention but we don’t dwell on it. In the more advanced courses students learn more advanced bidding and playing, of course, but I still try to make it fun.

For those trying to teach school-age students: try and find schools that have some type of block scheduling that lets you take one two-hour lesson per week for nine weeks to get the kids started. If this is at the junior high or high school level, perhaps the kids can continue the program as a club activity. I’ve found it best to contact the individual teachers to convince them of the value of the program. Researching a school district website and initially making those contacts via e-mail seems to work best. Having my own website (www.kathyrolfe.com) that they can reference to find out about my bridge teaching helps to add credibility to my program as well.

You also need to help the students find a place to practice as they don’t have the speed they need to play duplicate until they’ve practiced a few times outside the classroom. I provide this practice time a few times a year in my home to students who are interested. Their parents are invited to stay and watch if they wish. I also run a social bridge group at my church and encourage the kids to play in that. When I feel that a student has the speed necessary to keep up at the duplicate club, I encourage them to play duplicate, making myself available as their partner the first few times they play.

Have you ever tried playing bridge professionally?

I love to play the game at a competitive level. My District 15 Flight C Grand National Team (GNT) finished fifth at the Nashville NABC in 2007. My partner Krisi Mertz and I finished 17th in the Flight C North American Pairs at the Detroit NABC in 2008. My GNT team made it to the Las Vegas NABC in 2008 but was eliminated after the first day of play.

In 2009, our District 15 Flight B GNT team finished ninth at the Washington, D.C. NABC. My older son Eric played on that team at the District finals to help us win the slot to D.C. He then bowed out and my normal tournament partner, Krisi Mertz, came back on the team for the trip to D.C.

It was fun this past fall to play in the Mini-Blue Ribbon at the San Diego NABC with my son Eric. He just earned his Life Master the day before we played in the mini-Blue. We picked up some masterpoints in the first day of qualifying and made it into the second day of play. Ultimately we finished out of the top 49 but we enjoyed getting that far, given the stiff competition! Eric will be playing in the Flight C North American Pairs at the Reno NABC this spring with Rajeev Bansal as his partner.

Paul is 20 now and has about eight masterpoints. He only plays occasionally. He did play one session at the San Diego NABC as they needed a pair to fill out the 299er section. This worked well for him as he was working as a caddy but played instead, thus getting paid to play instead of paying to play like the rest of us! He and his partner didn’t pick up any points but they weren’t last.

What do you feel younger players have to gain from learning the game?

They gain reasoning, logic, social and team building skills, a large network of friends, and there is scholarship money available! I think they also gain test-taking skills. After all, every hand is a seven minute test.

Many teachers have told me it’s difficult to get young people into the game, either due to lack of interest or (more often) because of bureaucracy. What have you done differently?

I just bypass the bureaucracy. I contact the individual teachers directly. If they want it in their classroom, they will find a way to get it done. Basically, they have the ability to invite guest lecturers into their classroom with little or no bureaucratic approval required. I’m just a guest lecturer for nine classes. I will admit I’ve had a hard time getting the students to continue this as a school sponsored extra-curricular activity. To get that in place you need the bureaucracy which has been difficult to navigate.

For teaching kids, I still like the books based on Audrey Grant’s original series – Club, Diamond, Heart, etc. They are being revised and updated to more modern bidding methods now, which is good, but the format remains the same.

How are Audrey’s books formatted?

Audrey’s original books – the club series, diamond series, etc. – have fill-in-the-blank questions and answers designed to reinforce the material presented in each chapter. This is then followed by four hands to bid and play.

I think that format works well with students. They are used to learning by doing exercises. So I talk about what I’m going to teach, then we talk about it together as we work our way through the exercises, and then finally they put it into practice with the four hands at the end of each lesson.

And for teaching adults?

I use Audrey Grant’s Bridge Basics 1, 2, and 3. I still pull material from her early books when designing a single session class on just one aspect of the game, perhaps Opening Leads at Notrump, or Opening Leads at a Suit Contract. The adults also seem to like Audrey’s Bridge At a Glance pamphlet as an aid to bidding when they are first starting out.

What was your reaction to being nominated for the ABTA award?

I was honored and happy that my students have enjoyed my teaching enough to make the effort to nominate me.