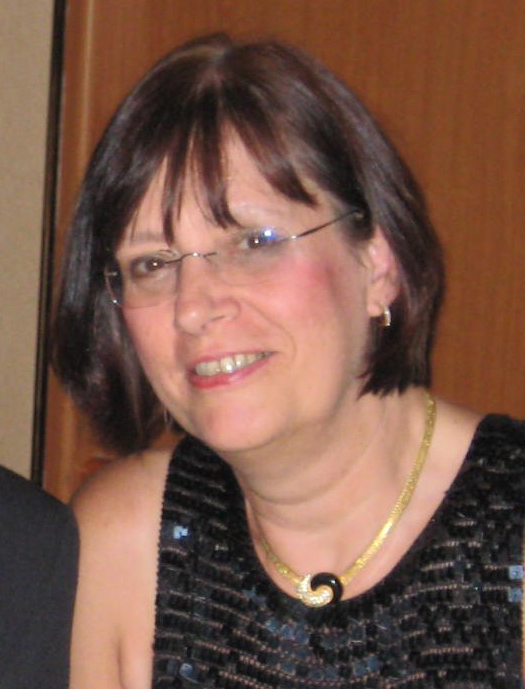 How did you first get into playing bridge, and then teaching bridge?

I grew up playing games, and I knew what bridge was because my parents played it, but I was never involved in it. My (former) in-laws were very active bridge players, and they were desperate one day for a fourth, and that’s when I started.

Did you pick up the game easily?

Not at first. All they seemed to do from my perspective was keep giving me rules. Every time I turned around I got a new rule. And they got mixed up in my head and I was losing track. And it wasn’t until later that some of the logic fell into place. All of a sudden I caught on, and I remember an incident specifically when I was defending. I had played a card and my father-in-law said, “you can’t do that, you give them a ruff and a sluff,” and I just sort of nodded and said, “okay.” I had no idea what that was. And about a year later I was playing with some lady friends of mine, and I was declaring, and one of my friends led a card. None of the cards in that suit were in the dummy, and none were in my hand, and I realized the advantage I now had and I thought, “ruff and a sluff,” and then things started to fall into place. Once I got that far, I wanted to learn more.

Basically, I like logic. I think because of my experience with my in-laws, when I teach, I really spend a lot of time telling my students the logic behind something, and why it works. Keeping the game simple and know why you are doing it seems to work best – and gives a player a chance to have some fun.

Speaking of your students, I’m interested in hearing about the school you started in Halifax, the Bridge Studio.

Well… there was an established bridge club, Halifax Bridge World, in Halifax, and in 1997 they weren’t exactly opening their arms when people like me came along and wanted to put more of a focus on new players. It became a bit of a political issue, but Balon Buckley, who was my partner when I started the Bridge Studio, and I ultimately decided to go on our own. And it didn’t take us long to become established. Within 18 months the other bridge club had realized that this is how you’re going to expand your base of players. And now both clubs have lots of new players. Halifax Bridge World probably has more new players than we do at the Bridge Studio at this point!

Is there a large enough audience for both?

Bridge is huge now. In 1997 and 1998 when bridge was in a decline, we were lucky to get 50 tables a week. So that would be 200 tables a month. Now in a typical month we have over 700 tables between the two bridge clubs, because we both now focus on bringing in new players, and promoting the game. We do a lot for the older players and we have a lot of competitive games held at both clubs, but we also offer a lot for new players. That was my philosophy twelve years ago, that we had to do something to keep the new players encouraged.

Why do you think Halifax Bridge World had difficulty implementing such a philosophy?

Because in the nineties the regular players were used to having their games. Those games were dying, but they still wanted to have their games. It was difficult for the seasoned players to welcome change. Once you get a group of people who want to play bridge every Tuesday night at 7:00, they don’t want to have it changed or have them switched to another night just because you’re hosting lessons or new player games or something.

They prefer playing with each other to taking time out each week to teach new players who might not even stick around.

Exactly. Now I think we’ve gotten a little wiser over the years, the need to promote bridge to newer players. The established players have now seen bridge flourish over the last 12 years, because we’ve opened our arms to the new players coming in, so they are a little bit more accessible. They still want their regular games, but they are a bit more open to having new people.

Are there other ways you can tell your focus-on-newcomers philosophy has been a success?

Well, in 1998 we rented a hotel room and we had a lesson in the morning, a lesson in the afternoon, and a nine-table game at night. And now we have nine different sets of lessons, and play bridge every Monday, Tuesday, Thursday and Friday afternoon, Wednesday mornings and three evenings a week. And then on weekends we have other games as well.

Between both clubs. The Bridge Studio, has eight regular session games per week and occasionally on the weekend, and Halifax Bridge World, I believe, has ten sessions per week. So that’s 18 between the two.

Does it help having two clubs in the city?

Absolutely. Having two clubs creates a competitive atmosphere, whereas one club just sort of sits back and waits for everybody to come. Once there were two clubs we both had to go out there and try to find people to come in, and that made a huge difference.

I’ll have people call me up wanting to play bridge on a Monday night, and I’ll tell them I only have a class, but call the other club and they’ve got a game. And most players – some are loyal to one club or the other – but most play at both clubs, because it fits into their schedule. Bridge is an addictive game, and the more that’s out there for them to play, the more they’re going to come and play.

Know your material. Really know your material. Don’t take a book, read a couple of pages and feel like, ‘I know this,’ and do it. You have to really understand what you’re teaching, because you never know what the question is going to be, and if you don’t know it inside out, you’re going to give the wrong answer.

But when you know it really well, when you teach the class you’re talking to the students, you’re not teaching at them or talking at them, you’re talking to them. You can take their questions more freely, you don’t have your eyes in a book. It’s lovely that we have all these manuals, I would never have gotten started otherwise, that write out line-for-line what to say, but you have to know what you’re teaching your students, otherwise they won’t listen. And if you’re going into a subject that you don’t know that much about, give it to somebody else.

I use a lot of Audrey Grant. I was lucky enough to meet Audrey, and I’ve been with her when she was developing some of her material, so I do know her work inside out. I use a lot of Barbara Seagram. The first book that most of my students will buy on their own is 25 More Bridge Conventions You Should Know, and the first thing they do is come to me and say, “which ones should I learn?” and I will pick off the ones I think they’re ready for and then tell them they can come to me in awhile and I’ll tell them what other ones they can read. And I use a lot of Eddie Kantar.

Tell us a bit about your family. Do they play bridge at all?

Let me see… my first husband and his parents introduced me to bridge, and I played bridge with my former mother-in-law long after I was divorced from my husband. We actually went to a regional tournament a few years ago together. I met my current significant other through bridge, so we play together competitively in tournaments. My children all dabbled in bridge when they were younger, but none of them play bridge now.