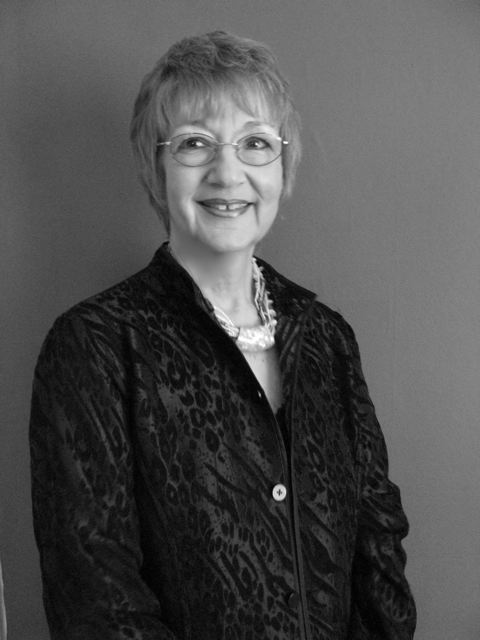 One Friday afternoon in 1969 one of the men on the staff at the elementary school where I was teaching asked if I would like to play bridge the next evening. When I said that I didn’t play bridge, he said he would come over in the afternoon and teach me. So, that evening, after a two-hour lesson, I began playing bridge (and I use the term loosely). With that limited knowledge of the game I played for years. It wasn’t until a friend convinced me to go to a supervised duplicate game at a bridge club about ten years later that I realized that I knew very little (and most of what I knew was incorrect). I then started taking lessons and played a lot of duplicate at both clubs and tournaments. I was hooked!

I remember getting my first master points and receiving the master point confirmation slip (pre-computers) at the end of the game. As we left the bridge club I told my bridge partner that it wouldn’t be long before we would become life masters, since my slip of paper indicated that we had 46 master points. It was at that point in my life that I realized what a difference a decimal point makes, and also that I needed to wear glasses.

I was an elementary school teacher for 34 years until I retired in 1998. I taught bridge to the kids for more than ten years as an extracurricular activity. For a number of years I organized Bridge Buddy Tournaments at the Kate Buckman Bridge Studio. Barbara Seagram, the owner of the club, generously offered me playing space whenever I wanted to hold these tournaments. The kids were paired with experienced bridge players for an afternoon of duplicate bridge, lucky draw prizes, refreshments, and trophies for the winners. Many of Toronto’s top players volunteered to play with the kids.

In 1995 my students participated in the first ACBL School Duplicate Bridge Tournament which took place in schools across the US and Canada. Two of my students were the overall winners. There was great excitement at the school when the results were announced.

During my last year of teaching school, two of my bridge teacher friends encouraged me to consider teaching bridge and directing once I retired. Sandy Lovering trained me to be a director at the Donalda Club where she directed a weekly game. Lynne Beisswenger recommended me for a bridge teaching position at the Fairlawn Neighborhood Centre that she was giving up because she was cutting back. Since my retirement I have been teaching at the Fairlawn Neighborhood Centre (four to six classes per week, usually three sessions per year). I have also taught bridge at a number of golf and country clubs, the Royal Ontario Museum, and to private groups in people’s homes.

In the spring of 1999 I started teaching bridge on cruise ships. I was able to combine two of my favorite things: travelling and bridge. What an amazing adventure this has been! I spend from two to four months each year teaching on ships all over the world.

Which of the places you’ve travelled for bridge has been your favorite?

In 1996 I had the privilege of being selected by the Canadian Bridge Federation to represent Canada at a weekend Seminar on Mini Bridge in the Netherlands. I went a few days in advance and had an opportunity to do some sightseeing. The hosts at the seminar were very hospitable, and sharing ideas with bridge teachers from all over Europe was very interesting. One evening I was invited to play bridge in one of the clubs in Amsterdam, which was a great experience.

For teaching I use the ACBL series, Barbara Seagram’s 25 Conventions You Should Know, Eddie Kantar’s lesson plans, “Defense” books, & “Thinking Bridge”. I also enjoy Marty Bergen and Ron Klinger’s books. I have found the articles and tips both in the ACBL Bulletins and the ABTA magazines very useful in my teaching.

My main objectives when teaching bridge is to make my students feel comfortable, and to help them have fun learning. I do not encourage people to memorize anything that they don’t understand. I do lots of reviewing, and I try to keep things simple. I recognize that people have different learning styles, and often concepts need to be presented in a variety of ways.

Be prepared, encouraging, kind, and patient. If you ever notice a lot of “deer in the headlights” looks in your class, you are going too fast. I would also recommend that from time to time all teachers take a course in something that they know absolutely nothing about. This is a very humbling experience, and it gives an insight into what your students are feeling and how vulnerable they are in your classes. While on a cruise in Asia last year, I signed up for “Learn to Speak Mandarin”…. Yikes!

Do you find there are many differences between teaching bridge to young players, and teaching older players?

For the most part children are less apprehensive when learning something new. The greatest challenge for most of the kids is holding 13 cards in their little hands. I have enjoyed my experience teaching bridge enthusiasts ranging in age from 6 to 96.

What gave you the idea to start hosting the Bridge Buddy games?

At the elementary school where I was teaching we had a program called ” Reading Buddies”. My grade 3 students were paired with kindergarten children, and once a week the older children would read to the younger ones. Since the kids all loved this, it was my inspiration in initiating Bridge Buddy Tournaments.

Do you have any good stories to share about any of the tournaments you’ve organized or been involved in?

A funny incident took place when my students participated in the first ACBL School Duplicate Bridge Tournament. I told the kids that everyone across North America would be playing the same hands and it would be just like in an adult tournament and they had to follow the rules. I also told them that if there was a problem they should raise their hand and say: “Director, please”. There were 5 tables in play and it was very quiet. About 15 minutes into the game someone called for the Director. I came over and asked how I could help. South, the dealer, said, “I passed, West passed, and North passed, and now East is trying to bid, and you told us that after three passes the auction is over.”

Negative Doubles. I think this convention is particularly important when the responder holds hearts and doesn’t have the two requirements to bid hearts at the two level after partner has opened a minor and the opponent has overcalled a spade.

I am honored and so touched that my students, past and present, nominated me for this prestigious award.

I have been so fortunate to meet and teach so many wonderful people both in my classes in Toronto and on cruise ships. Many have become treasured friends.

I like the ongoing learning and challenges associated with bridge as well as the social aspect.