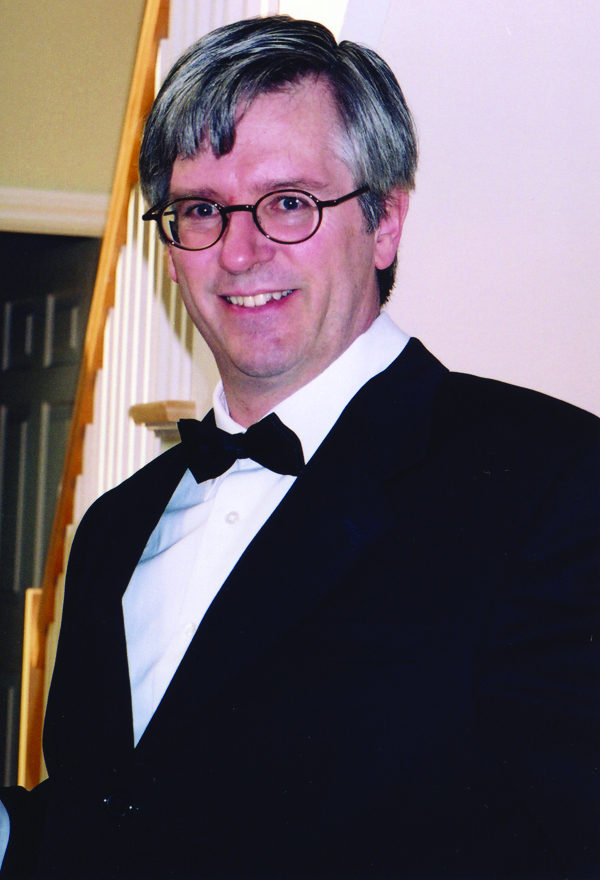 We are thrilled to announce that Roy Hughes has won a second IBPA Award for The Contested Auction. Hughes won his first IBPA award for Canada’s Bridge Warriors, his biography of the famous Canadian partners, Eric Murray and Sami Kehela. Hughes took some time out to share some of the insights he has learned through his bridge career, and give us a preview of his latest book.

Roy Hughes is a Canadian bridge expert and author with a background in mathematics and classical music. Hughes has played in a number of World Championships and has written four bridge books. Hughes lives in Toronto with his wife and two young sons. His most recent book, The Contested Auction, was published by Master Point Press in July 2012.

What drew you to bridge initially?
I watched my grandmother play when I was very young.  I was fascinated, and she took the time to talk to me about the game.  Before too long I got to fill in and play the occasional hand, and I was hooked.

What were you doing professionally before you became a bridge writer?
I worked for a computer software firm from 1979-2002.  After that, I decided to retire from business, at least temporarily, and pursue other interests, primarily classical music.  Writing bridge books started in 2004.  I got married in 2004 (at 50) and our sons were born in 2009 and 2011.
I am only a part-time bridge player now, often playing in the CNTC, sometimes some other important events.  The time I played most seriously, and had the most success, was when I was in my twenties.

How have your interests or pursuits outside of bridge affected the way you play, or think about, bridge?
I suppose my mathematical training has shaped how I think about bridge.  I like methods to be complete and well-defined, and I often think about probability and the return one gets for playing things a certain way.

You’ve played in multiple World Championships, including New Orleans (1978), Biarritz (1982), Miami (1986), Montreal (2002), and Philadelphia (2010). What do you love, and what do you dislike, about world championship bridge?
I love the excitement of the play of a complicated game or slam, and the clash of personalities of differing ages, backgrounds, bridge experience and culture.
I am greatly concerned about two aspects of competitive bridge in particular: disclosure of agreements and tempo of defenders’ card play.  Some partnerships play familiar and easily understood methods, and are quick to clarify any point for their opponents.  Other partnerships play obscure methods.  Language barriers and, more importantly, differing ideas about what the opponents are entitled to know, make it difficult to know what is going on.  This applies to defensive card play as well as the bidding.
Screens have alleviated some of the difficulties with tempo in the bidding, but have done little for the play of the hand.  Defenders frequently receive unauthorized information from breaks in tempo, and it is difficult for them to separate what they are entitled to know from what they are not.  Ideally, as a defender I like to do my planning at Trick 1 and play in tempo after that, but it takes a great deal of mental effort to play that way, and some hands are just too complicated.

What is the greatest challenge you have faced in your bridge career?
Building a partnership where both members can see important issues the same way, or at least compromise in a happy and well-understood way, has been perhaps my greatest challenge.  I think methods are more important to some people than others; it is simpler for players who care less about methods; they can concentrate fully on playing well.  I am always looking for the best methods.  Partners who are sensitive to that are likely to have their own ideas and preferences as well, and integrating two sets of ideas and tendencies is difficult.

Have you learned any strategies for forming and growing strong partnerships? Do you have any suggestions for readers in this respect?
I suspect that different approaches will work for different partnerships.  I recommend paying serious attention to partnership issues: decide how the partnership notes will be maintained, agree on a schedule for playing and discussing, plan how enhancements to the methods will be implemented, and review progress.  Try to be open and honest about all these issues.  If you can afford it, get professional help for partnerships, such as the support provided by Kokish & Kraft.

Speaking of partnerships, what inspired you to tell the story of Eric Murray and Sami Kehela in Canada’s Bridge Warriors?
Theirs is a great story: two dynamic personalities, greatly talented players competing in exciting times.  Today I go to bridge sites for my news, but in the 1960’s the exploits of Murray and Kehela in the Bermuda Bowl and the Olympiad were on the front page of the morning newspaper.  Someone had to write their story â€“ I feel privileged that the task fell to me.

Are there any particular individuals who have inspired you as a bridge player and a bridge writer?
I would say the great authors of the past had the most influence: Reese and Kelsey in particular.  All the books by Reese had an impact, but I’ll name two in particular: The Play of the Cards, co-written with Albert Dormer, is a magnificent introduction to expert card play, and Bridge for Tournament Players was full of exciting insights into the possibilities for bidding systems. Morehead on Bidding is a great book, and How to Win at Duplicate Bridge by Marshall Miles.  An early book that taught me a lot about the game was by Sam Fry Jr., How to Win at Bridge with Any Partner.

As an author yourself now, how do you connect with your readers?
I’m not really sure. Bridge is a magnificent game; I just try to share my love for it in a conversational way.

Let’s take a look at your newest book. Why did you decide to write The Contested Auction?
I have found contested auctions to be a difficult area for partnerships.  I like to think that well-prepared partnerships should be able to avoid misunderstandings, but the evidence is that that is hard to do.  As our methods get more complicated and high-powered, and when the opponents bid in unfamiliar ways, we are constantly in need of clarifications.

Can you share an example that shows how bidding methods have changed in recent years?
Beginning partnerships have a great deal more work to do today than in the past.  Suppose your partner overcalls the opening one diamond bid with one heart, and you jump to three clubs.  Fifty years ago, this could only show a good hand with clubs.  Partnerships might have had differing understandings about the exact requirements, and whether it was forcing, but one was on sure ground as to the general nature of partner’s hand.  Today it could be strong or weak or fit-showing or shortness or an artificial raise or something else, and it is increasingly difficult to know what is “standard”.

How will your book help players to be more successful in contested auctions?
I’ve tried to identify areas that particularly require partnership agreement.  My own preferences are in a way secondary; I provide them to the reader, but serious partnerships are likely to prefer their own treatments.  In that case, I hope my book can provide a framework for a partnership’s competitive methods.

Now that The Contested Auction is complete, what’s next for you?
My wife and I have two young boys who are keeping us busy.  As for another bridge book, I have a collection of deals waiting to be written up.  I feel that organized bridge needs work done in the area of ethics, disclosure and slow play, but it isn’t clear to me how that should be tackled or how I could contribute.

Are you planning on teaching your sons to play bridge?
We have no plans to teach them bridge; if it seems like a good idea when they are ready, then we will.  I have shown Evan cards and taught him the suit symbols.  He seems to have a knack for discarding.

Do you have one piece of advice to pass on to other bridge players?
Know what place you want bridge to take in your life, and be content with it.  Bridge has a way of taking up an unexpected amount of time, especially if you want to compete at the higher levels. Make sure you allow yourself to enjoy the game.

For more information about Roy Hughes’ books, or to make a purchase online, please visit ebooksbridge.com or masterpointpress.com.