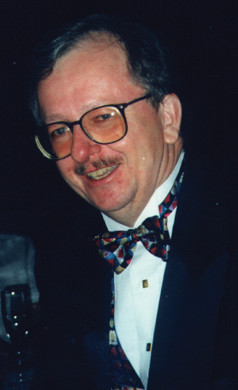 I have admired Canadian bridge internationalist Paul Thurston and his sound advice about bidding ever since I attended a lecture he gave at an Ottawa tournament. He was talking about “reverses” – an area of bridge bidding that I had never got right. Paul’s ideas and methods were perfect for me and they formed the core of that part of my bidding notes for years.

When I got a chance to read his new 2/1 book I was impressed with his new ideas and methods for bidding. And I was pleased to have an opportunity to ask him a few questions.

Does this book stand alone or do you expect that the reader has already read your original 2/1 book or is at least familiar with the 2/1 system?

I do believe the new book can almost stand alone but a familiarity with 2/1 methods (as written about in the first book and elsewhere) will certainly be helpful as a basis for possible change and an understanding of how the total system can work for a partnership – it’s not an attempt to do piecemeal changes or additions/subtractions but to end with a unified whole. Can the reader do some tinkering? For sure but not to the fundamental structures.

Removing ambiguity right at the outset is what 2/1 does best – we all know bidding will always be a lot of guesswork but a solid foundation can help.

Who should read this book? Is it for low intermediates and above or do you expect more bridge experience as a starting point?

I do think this new book has something to offer for players and partnerships of all levels of experience and expertise, if only to serve as a comparison to what you might be using instead. These methods have been tried and tested at the table and proven to work very well and are not all that difficult to assimilate once certain basic philosophies are grasped.

At a recent regional, I opened 2NT with ♠ Ax ♥ KJ ♦ Kx ♣ AKJ10xxx (a slight upgrade in HCP due to the source of tricks and all suits stopped) and nothing bad happened! The auction was simplified and the normal 3NT was reached but the opponents were aghast at the end of play when they saw my hand. “Why wouldn’t you open 1♣?” they asked. “Because I’m a firm believer in the systemic adoption of the Extended Notrump Family — to make life easier for partner” was my answer and the more they thought about, the more they agreed.

Note that I wasn’t claiming perfection for this approach, just hoping that the opening would simplify matters, help partner and get us to a decent contract – and that’s the entire crux of the methods advocated in this book as well as in 25 Steps.

You seem to put a lot of emphasis on hand evaluation. Do you think intermediate players are prone to overvalue their hand?

Of course hand evaluation is a critical component of judgment and merely counting HCP isn’t the end-all and be-all of hand evaluation but it is a perfectly practical place to start. All the many “Rules” (Rule of 20, Rule of 22, and so on) and alternative evaluation methods (Losing Trick Count, ZAR points, K-R points, etc. aren’t wrong, they’re just unnecessary baggage without necessarily conferring any useful benefits to their users – put the pocket calculators away, hone your evaluation judgment and enjoy the game more – without sacrificing accuracy.

When I read your book I think that while I have been loafing around bidding has got a lot more sophisticated for intermediates. For example, I like your structure over one of a major but I wonder, what is the right time in one’s bridge career to adopt some of these ideas? Is this something the partnership should consider together?

The text expands on methods that will work for partnerships partially by decluttering the possible systems at work. For example, there’s no great need to totally change the system of responding to 1M simply because an opponent intervenes with a takeout double – all this business of Jordan (aka Dormer) 2NT, transfer responses, preemptive new suit bids and so on – brings an extra memory load and doesn’t really seem to offer any real or potential benefits, so why do it?

You wrote the first 2 /1 book some time ago. Have your general thoughts about 2/1 changed even for beginners? Is there something you would like to change in the first book?

25 Steps has stood on its own merits for over a decade now but there are things in it that I wouldn’t favor today (even though there’s nothing unplayable about the original approach). Most notable: I really believe the XYZ structure has far more to offer than either version (Game Forcing or Game Invitational) of New Minor Force.

New ideas in bidding come along all the time but some very, very good ideas aren’t all that new at all. For example, Two-Way Stayman as presented in the new book has been in use by small pockets of enthusiasts for a long time but it’s never really become mainstream. Why not? Not because of a lack of proven effectiveness but I do think a lot of teachers, authors and theorists have missed the boat by not advancing these methods to their students, a lack I hope I’ve at least partially remedied.

Perhaps one of your more controversial suggestions here is the idea of using two-way Stayman over a strong notrump. I think the approach is great and allows a lot of flexibility. This structure might be a big change for some readers. Any advice on how to make this change easier?

I do believe the traditional Stayman/Transfer approach has been inculcated in so many largely because of inertia: It’s a good idea to do this because we’ve always done this so let’s keep doing it! And because it’s relatively easy to teach and learn, even though the effectiveness of said learning and teaching is open to question.

For example, teachers of Standard American conducted this auction during a recent match:

That’s the meaning in Standard Jacoby Transfer language. Except their hands didn’t conform at all to the bidding in this simple sequence:

Too high, and the wrong strain, because responder didn’t have a game-forcing hand in the first place.

And this showcases the main feature of two-way Stayman that I firmly believe 2/1 enthusiasts who give it a try will really love: the 2♣ response to 1NT announces, “we’re in a game invitational sequence” while 2♦ says, “we’re going to game, let’s explore” . In this respect it’s philosophically aligned with the forcing 1NT response (usually no more than game-invitational) to 1♥ or 1♠ and the 2/1 response that says, “we are 100% committed to game – somewhere.”

There are several very good websites where you can find Bid ‘Em Up deals, some with scoring attached – get your Google on and have some fun! If you do decide to give two-way Stayman a try, Bid ‘Em Ups are a great way to practice these or any other new or old methods.

What are the possible pitfalls of changing to your methods?

One thing to be careful about: adding or changing bits of pieces of your existing bidding approach without an eye to how you’ll affect the whole structure can be dangerous – give changes a lot of pre-adoption thought.

This is especially true in the area of Reverses and nowhere more so than in the case of Reverses after a 2/1 response.

A pair I know recently changed to 2/1 methods but decided that since a 2/1 already set up a game force, they didn’t need to be concerned about having “extra” values when rebidding after a 2/1 response.

And then along came this deal:

After the 2♣, opener didn’t want to raise clubs with such paltry support and couldn’t stomach 2NT without a spade stopper so he decided to show his good hearts since “we’re going to game anyway”. Except when the 3NT raise came back to Responder he still wasn’t sure whether or not Opener had extras for his reverse so he made one more try and, wouldn’t you just know it – with a spade lead through the ♠Qx and a mildly unfriendly lie, nine tricks was the limit.

♣ sets up a game force and Opener prefers not to raise clubs or rebid 2NT for the same reasons as the other Opener but chooses instead a default rebid of 2♦ without necessarily promising (or denying) extra length in diamonds. Responder raises diamonds and Opener shows his hearts for notrump purposes even though he might also be on a slam hunt for diamonds.

3NT = I have something good in spades and maybe we want to play there.

You can visit ebooksbridge.com to see Paul Thurston’s ebooks and more.