Patrick O’Connor, Author of A Second Book of Bridge Problems 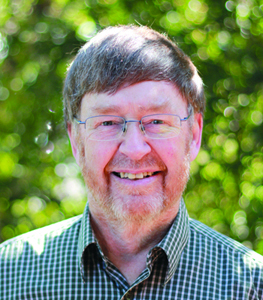 We are pleased to congratulate Patrick O’Connor on his winning of the 2014 ABTA Book of the Year award for the second time for his aptly titled A Second Book of Bridge Problems.  He received his first Book of the Year win back in 2012 for his first book A First Book of Bridge Problems. Both books are geared towards beginners and were praised for their quality of questions and as an excellent resource for someone who wants to bring their game up to a professional level.

Patrick is a native of Sydney, Australia and prior to becoming an author worked as an IT professional. He was kind enough to answer a few questions about his experience with bridge and his thoughts on writing his books.

What drew you to bridge initially?

My wife Kay and I were travelling by ship from Australia to the USA on the way to Canada in 1969. In those days air travel was very expensive.  A bridge expert on the ship was running bridge lessons.  I used to play chess, so the idea appealed and we joined up.  As soon as the ship docked in Fort Lauderdale I went to the nearest bookshop and bought a bridge book. It was Watson’s The Play of the Hand at Bridge and I devoured it.

What were you doing professionally before you became a bridge writer?

I was an IT professional. I started my career at IBM and ended as a software consultant.

How have your interests or pursuits outside of bridge affected the way you play, or think about, bridge?

Are there any particular individuals who have inspired you as a bridge player and a bridge writer?

I loved Watson’s book and the next one I read was Dorothy Hayden Truscott’s Winning Declarer Play.  I think that Eddie Kantar is a wonderful and very amusing writer.  His Introduction to Declarer’s Play and Introduction to Defender’s Play are classics.  I was inspired by the late Tim Seres, Australia’s best player ever, whom I played against and kibitzed. Also our Ron Klinger who has written over 50 bridge books and is still playing at the highest level.

I’d like to talk a bit about your first book A First Book of Bridge Problems: What prompted you to write a problem book for beginning bridge players?

I was assisting my wife giving a beginners class in bridge, and at the end I thought “What do the pupils do now?  There must be a problem book they can buy”. I discovered there was no problem book for beginners, so I thought “Oh well, I’ll have to write one”.

What are some of the struggles you come across composing the hands for your books?

I started by coming up with a few themes for problems.  It was easy to get to 10 or 15 themes, but then it became harder.  Ideas arose often when I was playing and I eventually ended up with 50 themes.  Usually actual hands from real life were too complicated.  I like to keep it simple, just have one theme in a problem.  Just one message.  And of course I wanted to have some defensive problems, not just declarer play.  Defense is important, but less interesting for beginners.

Congratulations on winning the 2014 ABTA Book of the Year Award for your title A Second Book of Bridge Problems. As this book and your first are obviously prized for teaching, do you have any tips for students or teachers on the game of bridge?

Some players don’t read books after they do a beginners course and then start playing.  They are fairly competent but sometimes have forgotten some of the subtleties in the basic skills such as finessing as declarer or covering honors as defender.  I encourage them to read problem books at a suitable level.

How will your problem books help players become more successful in bridge?

It will help them recognize standard situations in play and defense and know how to handle them.

It is for players who have a year or two of experience. There are more advanced topics such as crossruffs, elimination and end plays, ruffing finesses and defensive signals.

Has your view on the game of bridge changed since become an author of bridge books?

There are new players starting all the time.  We should go out of our way to nurture and encourage them.

And of course, can we ask for any hint as to the possibility of another great bridge book from you in the future?

I am often asked this question.  There may be a third book of problems or possibly a different sort of book for beginners.  It’s working away in my subconscious!

For more information about Patrick O’Connor’s books, or to make a purchase online, please visit ebooksbridge.com or masterpointpress.com.