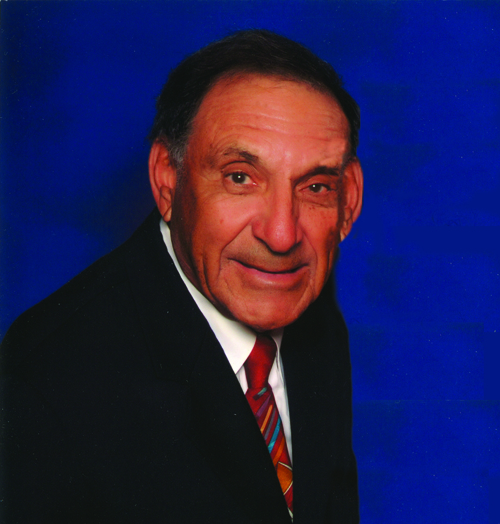 Eddie Kantar needs no introduction. The author, co-writer, or editor of over 35 books on bridge, including Kantar on Kontract (2004), Roman Keycard Blackwood: The Final Word (2008) and Classic Kantar: A Collection of Bridge Humor (1999), he’s been a household name in the bridge world for more than 50 years.

Though Kantar no longer plays competitively and limits his writing to monthly “Test Your Play” hands for the ACBL’s Bridge Bulletin and “Kantar for the Defense” hands for Bridge World magazine, he still teaches occasionally, and bridge fans can always count on him to deliver an entertaining story or two.

He will also be lecturing on two cruises this year: the Crystal Serenity, which will start in Vancouver on May 22 with stops in Victoria, BC, Seattle and Astoria, Oregon, before stopping in San Francisco on May 28; and the Grand American Queen, a riverboat cruise that will start in St. Louis on September 18 with stops in Hannibal, Missouri, Clinton, Iowa, La Crosse, Wisconsin and Red Wing, Minnesota, before stopping in Saint Paul on September 26.

I caught up with Kantar at his home in Santa Monica, which he shares with his wife, Yvonne, who was on hand during our conversation to remember details he couldn’t.

What have you been up to?

Well, I play a lot of table tennis and paddle tennis, and I play a lot of bridge, but it’s not competitive. I play with my wife, and we play against some of my friends. There’s Judy (an ex-girlfriend of Eddie’s – ed.) and Roy (her husband) – I’ve written them up a dozen times. I used to write about ‘the home game’, and it always included Judy and Roy and Yvonne and I, because so many funny things would happen. We still see them all the time, and we play bridge with them two or three times a week.

Do you still teach bridge outside of cruises?

Once in a while, somebody will call me for a charity game. I’ve done cancer, Alzheimer’s, MS – I did an MS one for the Barrington Bridge Club for about fifteen straight years.

What led you to cut down on playing and teaching?

I didn’t like the way I was playing, for one thing, and… the competition was very friendly, but it wasn’t expert competition, so that sort of slowed me down a bit too.

We ask our authors to tell us about their interests and pursuits outside of bridge. How have they affected the way you play or think about the game?

Well, I already told you I play a lot of table tennis and paddle tennis outside of bridge. (Kantar is being modest – he’s actually the only person to have competed in both a World Bridge Championship and a World Table Tennis Championship – ed.) It’s a good combination – exercise and thought. I don’t like to do all one or all the other, so I try and combine them fifty-fifty.

Oh yeah, I write. My wife’s here. Won’t let me make a mistake. Actually, she could pick up the phone – no, she doesn’t want to… I write for the Bulletin and Bridge World, and I also worked on Bridge for Dummies.

I read that you started playing bridge at eleven years old.

What drew you to the game at such a young age?

My best friend, Alan Goldstein, shared a lot of my interests. Even then, I was playing tennis and table tennis, and his father, Julian Goldstein, was a great father. He helped Alan play tennis and table tennis, and it got to a point where [Alan] was so far ahead of everybody, because he started when he was nine or ten… that I could never beat him! Anyway, his wife played bridge, and I used to go over to his apartment, so I had about three or four friends who actually liked playing bridge at twelve or thirteen years old. So fortunately I had a good game going right from the beginning, and I loved it. That’s the way it started.

Is it true you started teaching bridge at seventeen?

I started teaching when I was about sixteen.

How has your approach to teaching changed over the years?

Well, I try and get more humor in. I like to hear my students laugh, so I try to make sure that happens, but more than that, I make sure they understand what the lesson’s about.

How did humor become so important to your writing and teaching?

When I played bridge, funny things used to happen. They always do. And so I started writing down funny things. I’ve got a list of about 150 of them now, and I’ll go over them so I can get them in at the right time – when there’s a hand where I might be able to get a funny story in, I do it – and I’ve got funny stories about everybody that they know – Bob Hamman, Mike Lawrence – and they love to hear about me screwing up a hand with somebody who’s a good player.

If you have a good story, you’ve got to get it in at the right time – you can’t just throw it out. It’s got to coalesce with what you’re talking about. So I’ve learned to do that.

Is there a particular book of yours that you’d recommend for beginners?

While we’re on the topic, is it true that you’ve written or cowritten around thirty-six books?

Do any stick out as your favorite?

Well, Bridge Humor was one of my favorites. Kantar on Kontract had a lot of funny stories, and I coauthored a book with Jackson Stanley, called Gamesman Bridge… The guy knows how to play, and his parents used to play, but they couldn’t play very well, and he was sort of a wild man. He started out the book by writing about his parents, and it was the funniest thing I’d ever seen, so I knew I had a good guy there. Then when I’m teaching him, we’re making jokes back and forth, so it turned out to be… if you haven’t read it, you’ll like it.

Which of your books would you suggest for expert players?

Well, the Roman Keycard Blackwood book is for expert players. I wouldn’t recommend anybody less than expert reading that book.

Another standard question: Are there any particular individuals who have inspired you as a player or a writer?

I have a list of partners that you wouldn’t believe, starting with Marshall Miles, and then Bob Hamman, Mike Lawrence, Bobby Goldman, Alan Sontag – all of them. They’re all terrific players, so naturally you learn from them, they learn from you, and I couldn’t ask for anything more.

Has the way you approach bridge changed over the years?

I’m reading about all these new conventions these guys are shooting with at the world championship. I look over the hands – they open notrumps regularly with singletons, they play 15-17, they never let a 14-point hand go by that they don’t open in notrump. When they’re in the bidding they’re much, much more aggressive than I used to be. I’m trying – I am more aggressive now than I was – but I can’t match what these guys are doing.

How is bidding more aggressively working for you?

Can you tell us about the cruises you’ll be going on this year?

They’re intermediate level cruises, and I’ve had many of the people who sign up for them on my cruises before. They sign up again. And they even come up to me and ask – they don’t ask about bridge, they beg me to repeat some of my stories. That’s the way it goes when you have a good story.

Can you tell a shorter one?

Eric Paulson – are you familiar with Eric Paulson? He passed away, but he was a very, very good player, and he actually played for the United States one year in the world championship, and they won. He used to play – (To Yvonne) where did Eric play?

So during the one hand his opponents are competing in hearts, and they compete to the three-level, and Eric and his partner are bidding spades. He knows three spades isn’t going to make it, but he doesn’t think they’re going to double him – after all he’s the world champion. So he bids three spades pretty loud. The guy on his left doubles, so Eric looks at him and says, ‘do you know who I am?’ And the guy says ‘yeah, I know who you are.’ And Eric says, ‘do you know how many master points I have?’ The guy says, ‘no, but do you know how many spades I have?’

Can we expect any more bridge books from you in the future?

I’m not planning any.

Any particular reason for that?

I speak a little French, a little German, a little Italian, and I get magazines in those languages, and I try my best to understand what they’re all about. And it’s very time-consuming when you’re not fluent to try and understand everything. I also get an Australian magazine – so I’m loaded with literature.

Yeah, and I also write for them. They use my stuff.

That just about covers my questions. Anything you want to add?

Not that I know of. You know all about me now, Eric. You know more about me than I know.

This interview has been lightly condensed and edited.

For more information about Eddie Kantar books, or to make a purchase online, please visit ebooksbridge.com or masterpointpress.com.