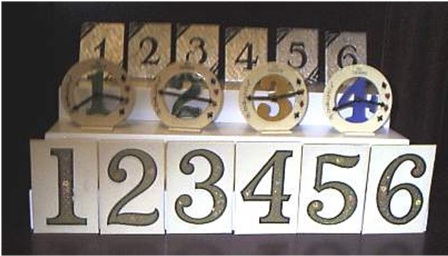 One of the accessories used in a bridge game were Table Numbers. Many of these came in a set of 1 through 4 and were often decorative and used in home games. Other sets came 1 through 6, and 1 through 12 or even higher. These were used for larger games and may have been used in a more public place for tournaments and other competitive events.

“Party” bridge or “social” bridge was usually played at the smaller four table games. Often at a bridge party, the hostess provided a very attractive tally which told the player with whom to play and which table to play at. Each table had a different number.

At larger, public games, a different form of bridge was played called duplicate, and a different number placed on each table. The cards were dealt in four hands, placed in a board and then the boards were passed to the next table. The players moved to the higher numbered table and the duplicate boards moved to the lower numbered table. Every pair played the same cards, thus an element of luck was eliminated in a duplicate movement.

As table numbers became necessary to the game they became plentiful. Some were ornate, some simple, and others multi functional, such as a pencil or trump indicator combined with a table number. They were made from a variety of materials: wood, celluloid, metal, cardboard, and executed in the Victorian, Art Deco, and Contemporary styles. Many were a flat disc in the shape of a spade, heart, diamond or club. Table Numbers have become a highly collectible item. The following pictures fea-ture a variety of table numbers from the 1920’s through the 1950’s.

An exhibit of 350 trump indicators and bridge memorabilia from the collection of Joan Schepps will be on exhibit at the Wistariahurst Museum, Holyoke MA, November 20, 2005 through January 23, 2006. The pictures in this article are from a display on Table Numbers which appears in the exhibit. See website http://www.wistariahurst.org/ and http://www.unit196.com/

Editor’s Note: A big thank you to Joan for her continual support for me and CTD. I look forward to her articles which always arrive well before my deadline, as I know I will learn something new. It must have been very difficult for her to get this one done on time as she has been working for months with the Museum to mount this exciting exhibit. 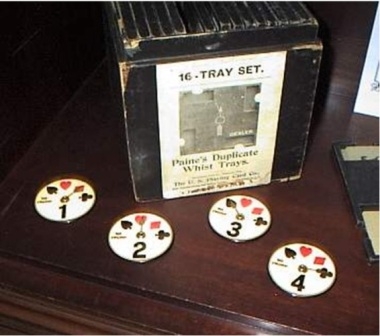 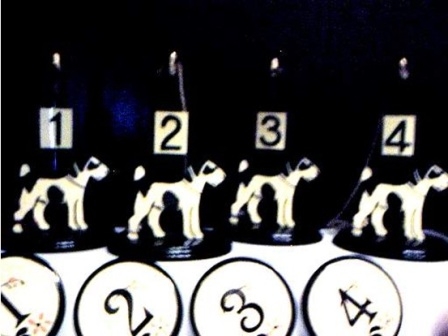 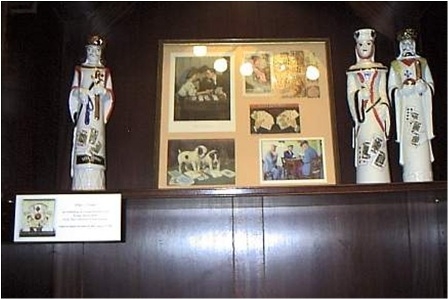 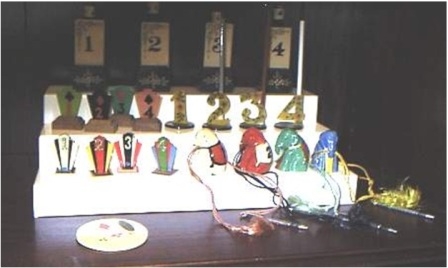 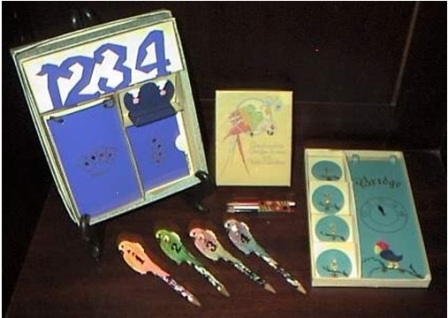 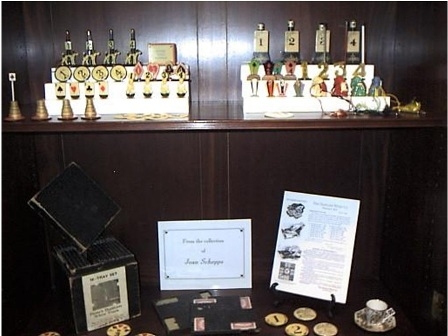 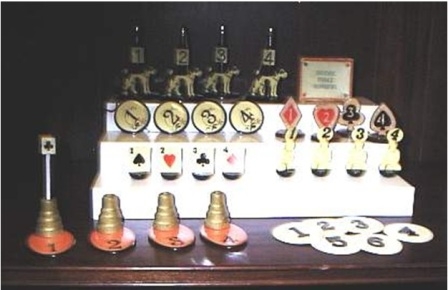 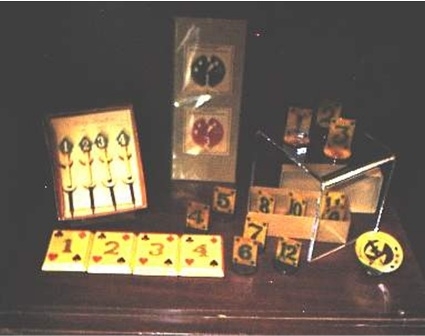 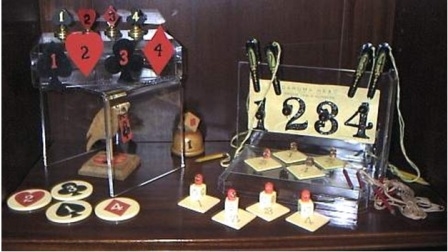 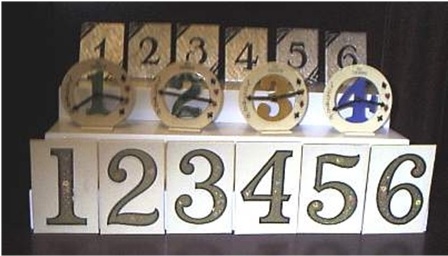